Why Don't You Love Me? Graphic Novel Announced

I have some exciting news that I can share at last. Drawn And Quarterly have announced that they are publishing the graphic novel collection of my comic-strip Why Don't You Love Me? Read all about it here.
facebook
twitter
tumblr
instagram
shop
contact
Posted by Paul B Rainey at 17:58 No comments:

Oh my good God, I’ve only gone and done it again! I have just launched my second ever Kickstarter for my brand-new comic, GRIPE NIGHT.

If you’re able to support the Kickstarter in any way with a pledge, that will be greatly appreciated by me. Access the Kickstarter for GRIPE NIGHT here http://kck.st/3KDohrn

"GRIPENIGHT is the latest collection of comics written and drawn by Paul B. Rainey, Viz Comic cartoonist, and winner of the Jonathan Cape/Observer Newspaper/Comica Short Story Prize."

GRIPENIGHT is 28 pages long, features a mix of black and white and colour strips, A4 sized magazine.

Labels: Gripe Night, Kickstarter, Similar To But Not 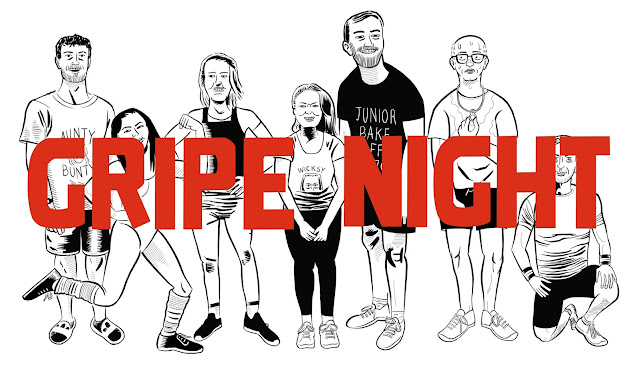