Not only should you be surprised but also disgusted to learn that making comics is something I have to do in my spare time and that I earn my living by working on a Computer Helpdesk. Recently, I given a few hours off the phones to produce the following two cartoon gags for an event.

I recently had the following pitch, inspired by my day job, rejected by Viz which is a shame because I really enjoyed drawing Lou Dite with her freakishly long arms and puffy shoulders.

The latest Viz is out today and features a new strip by me called “Pope Francis Goes To The Dentist”. This is the first in a series which will, hopefully, be appearing over the next few issues. Viz already have a another four episodes in the bank awaiting print while I, because I enjoy drawing Pope Francis so much, have drawn even more. 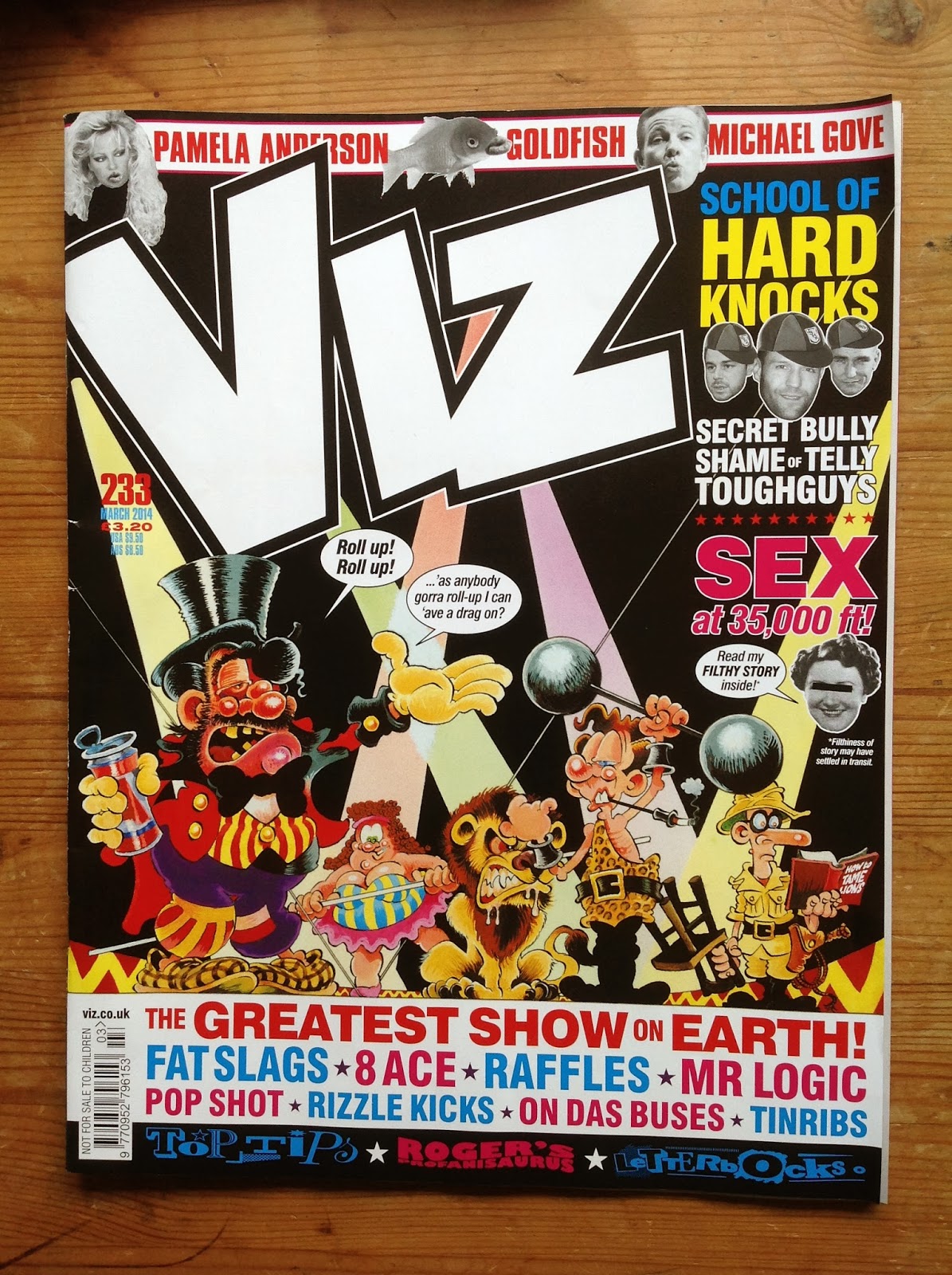 Too Much Sex and Violence

On Monday, I posted the complete Derek, a strip I drew for writer Rol Hirst. Rol is a rare creature in comics in that he is a writer who succeeds in finding artists to draw his stories and usually good artists too. Take a look at Rol's Department of the Peculiar, for example, drawn by Rob Wells. In recent years, Rol produced PJANG, an occasional anthology of his stories drawn by various artists. It was in issue five of PJANG that Derek originally saw print.

Normally, I prefer to write my own strips but after finishing There's No Time Like The Present, I took advantage of Rol's offer to draw Derek before embarking on the equally time consuming Thunder Brother: Soap Division. 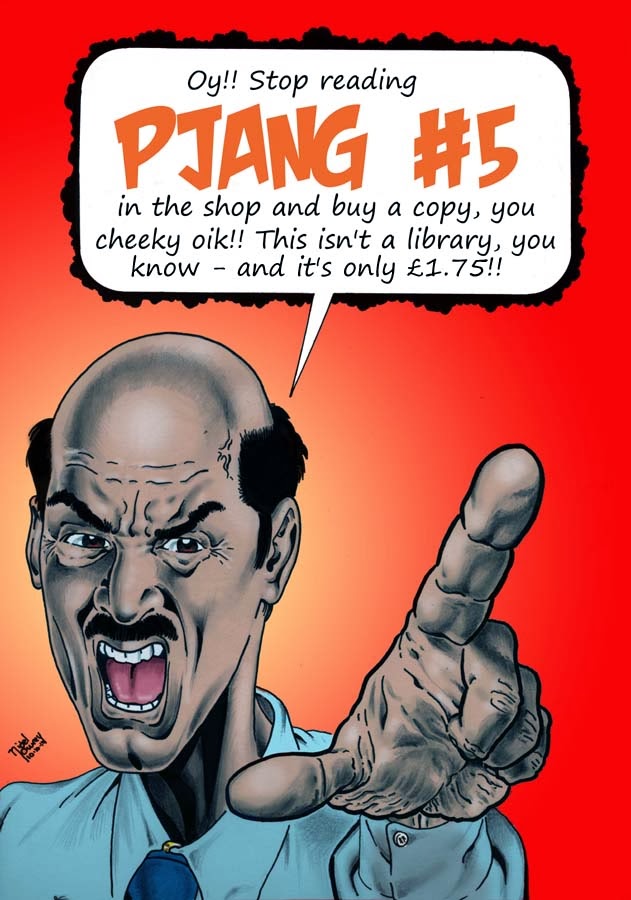 The cover to PJANG 5 drawn by Nigel Lowrey, another of Rol's many great artists.

Another recent comic from Rol is Too Much Sex and Violence. Again, this is drawn by a various artists from Rol's impressive network of contacts. So far, Rol has published four issues, for which I have made time to produce six pages of artwork for. Here they are, reproduced below, stripped of Rol's words.

These three pages originally appeared in issue one of Too Much Sex and Violence...

...while these three appeared in issue four.