I think I drew these strips about ten years ago. They may be even older than that. I'm sure that I sent them to The Beano and The Dandy (God rest its soul etc). Needless to say, they were rejected. Those idiots!

The new issue of Viz is out today and features the full-paged return of Peter The Slow written and drawn by me. Here's the cover to watch out for in your local newsagents, petrol stations and supermarkets. 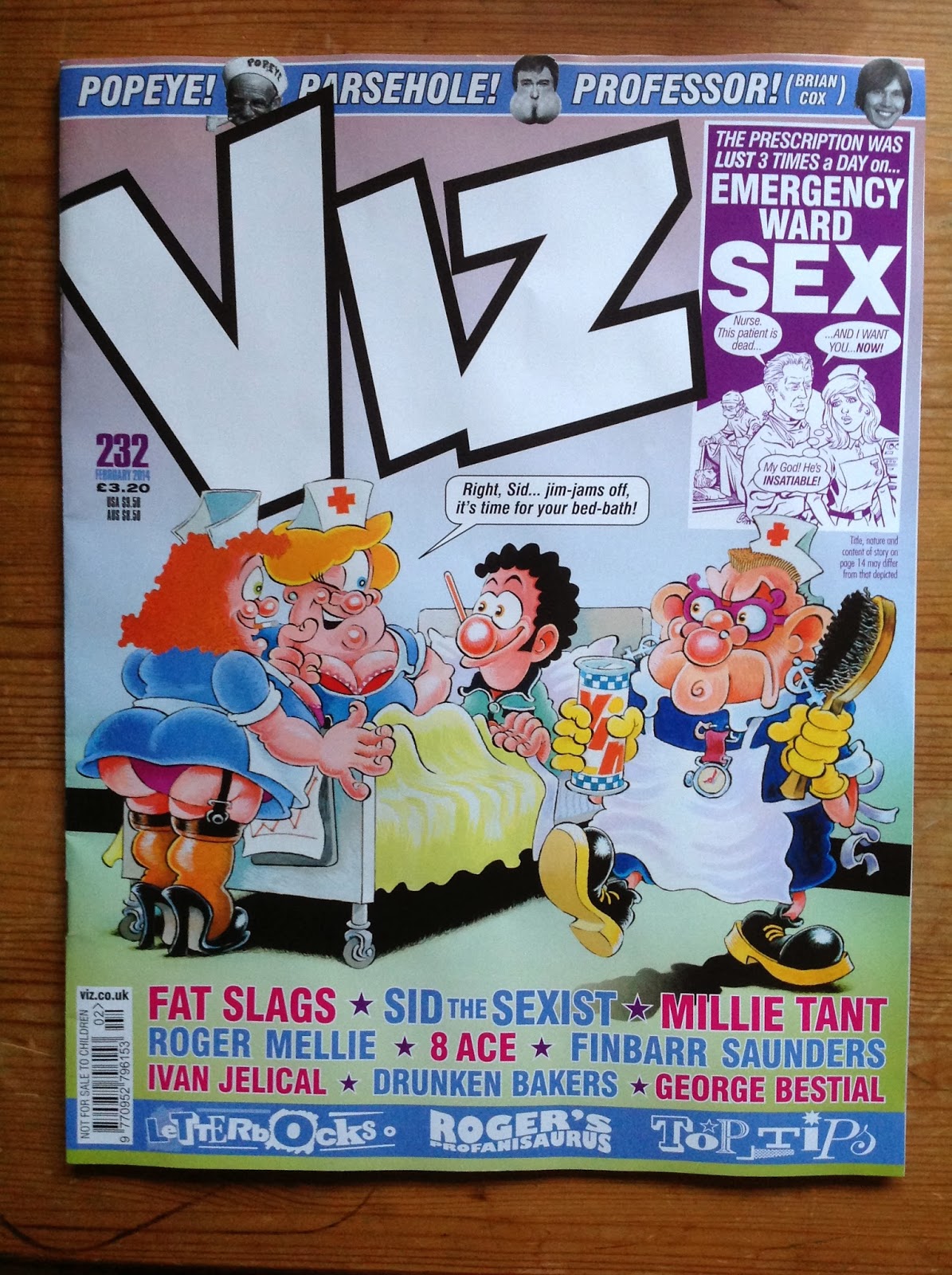 Max And His Weevil

If you've read my comics There's No Time Like The Present and The Doctor Kyle Show then you might mistakenly think that I am a bigger Doctor Who fan than I actually am. I watch the new episodes when they are on and then, usually, forget about them and get on with my life. So these Max And His Weevil strips I drew must make me seem like a certified Whovian to you.

Four years ago, a friend 'in the business' suggested that I pitch a strip to Torchwood Magazine. My problem was that I had only watched two or three episodes of the first television series and had decided that it was total rubbish. My friend suggested that I draw some strips featuring 'weevils', a creature that apparently appeared regularly in the programme, and so, after some internet research, the following is what I submitted.

Seemingly, the editor was baffled by what I had sent to him and, inevitably, rejected them. Perhaps to somebody who likes Torchwood my contempt for it shines through but I still think that the strips are quire funny.