I've been interviewed by Tom Mortimer for the Dirty Rotten Comics website. In it I talk about There's No Time Like The Present, Why Don't You Love Me and my despondency with the current comic convention scene. You can read the entire interview here. 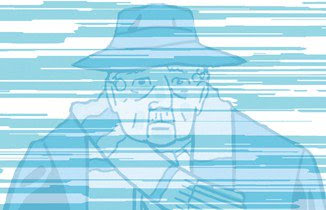 Labels: Dirty Rotten Comics, There's No Time Like The Present, Why Don't You Love Me

I understand that There's No Time Like The Present is listed in Diamond Distributors current Previews catalogue in the UK section. If you haven't got a copy of my graphic novel yet, it would be brilliant if you ordered it through your local comic or book shop. Perhaps they'll order one or more copies for the shelves if you do. 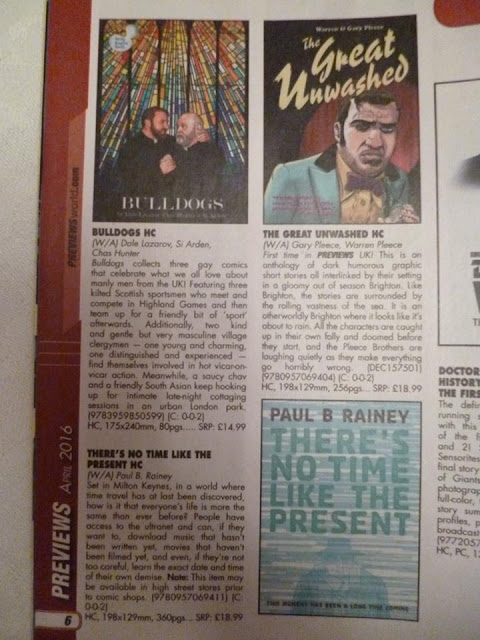 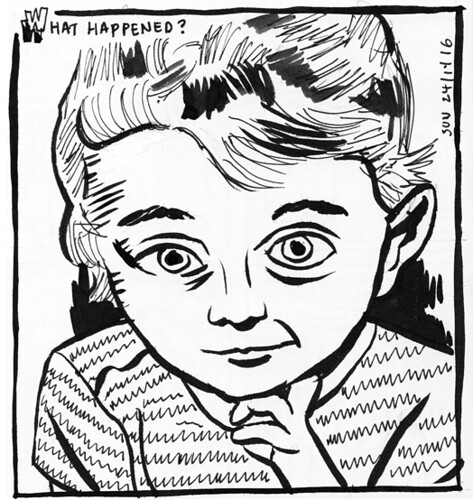 You probably noticed that over recent weeks, I have been posting daily updates to my website called Hasty Comics. I've been feeling particularly fertile creatively this year so far and eager to share some of these swiftly drawn comic-strips from my sketchbook with you here. I've not been entirely sure that this is the best place to share them given that, often, Hasty Comics are quickly drawn ideas that may, at a later date, be used as fodder for something I make that's more substantial. Also, part of the point of this website is for it to be a more definitive repository of my work that people can refer to if necessary. So, I've decided to reign in the experiment which saw me posting a new cartoon or comic-strip everyday.

This doesn't mean that this is the end of you seeing Hasty Comics. Often I draw something that feels particularly in tune with the Zeitgeist and so keeping it hidden away in my sketchbook seems a waste. However, on these occasions, I will post these strips to my Tumblr, Twitter and Facebook pages (links below) and not to here.

My Hasty Comics are drawn in a notebook I bought for £3 from The Works. It is not a proper sketchbook, the paper is porous, but I'm really enjoying drawing in it, just the same. When the book is filled up, I'm considering how to make it available for people to read in one go. Perhaps I'll dump it on-line somewhere or self-publish it. I'll let you know what I decide.