On June 20th, in a locked-up Centre MK (Milton Keynes), I began work on my comic-strip mural, Going Backwards, appearing as part of the MK Fringe. 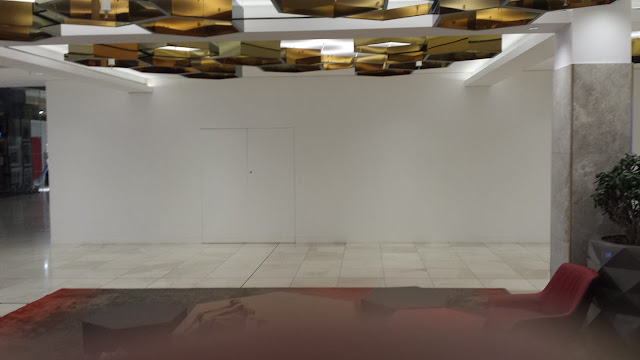 This is the blank space moments before we began work.

I had never done anything like this before. To be honest, I barely had an idea of what I was doing but with the help of Simon Wright, manager of the MK Fringe, and his wife, Kelly we made great progress. 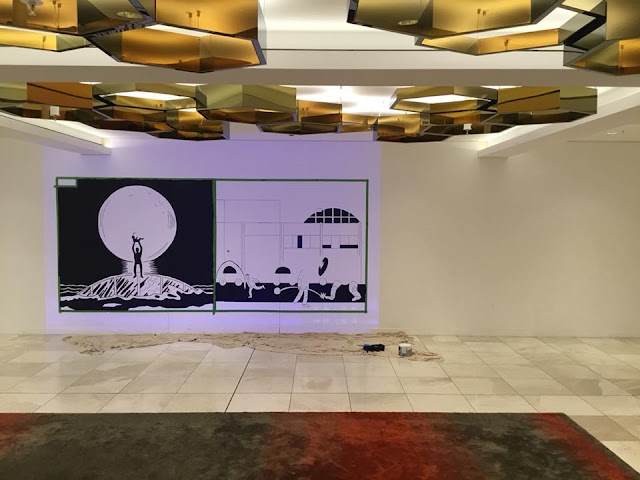 How the mural looked at the end of the first night of work.

We continued work throughout the night of June 22nd and nearly completed the mural. 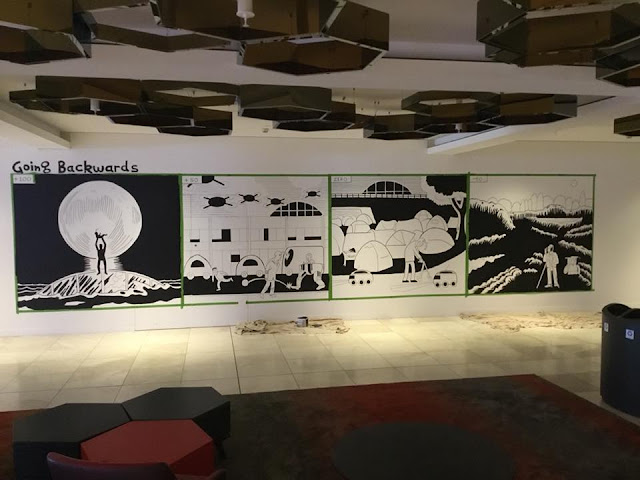 On June 27th, we completed the mural by bordering the panels, adding a second coat of black paint to the required areas and removing the masking tape. 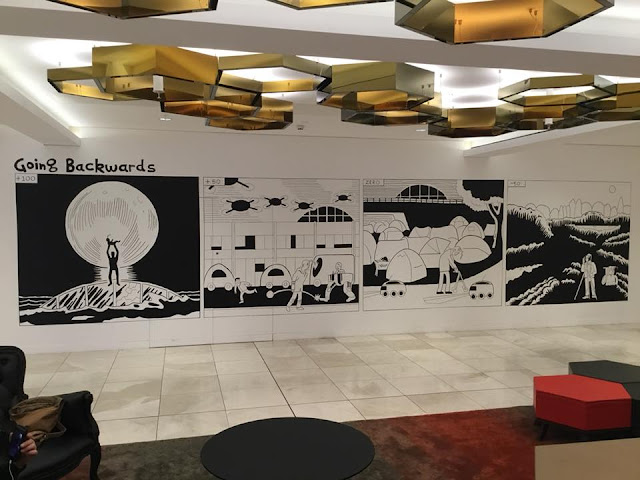 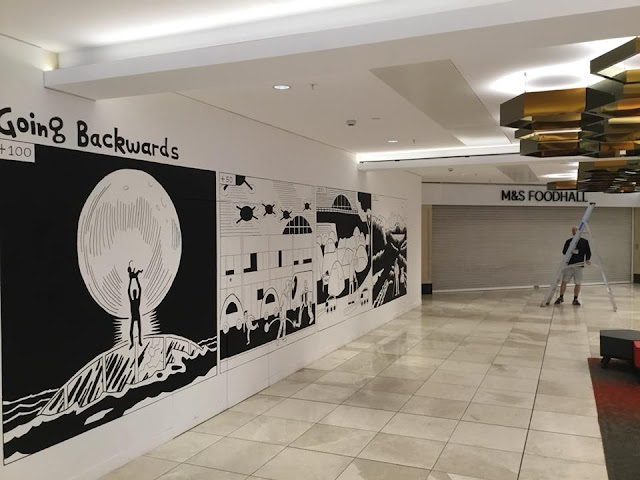 If you're interested in the process, we projected artwork that I had drawn onto the area and then painted over the top. As I explained, I had never done anything like this before and fully expected to encounter unforeseen problems that would delay the process but I was surprised by how smoothly it all seemed to go.

The artwork we projected and painted over.

Before we could proceed, my artwork needed to be approved by the Centre MK management. I feel that the comic-strip is quite dystopian, so I was surprised that it was approved with only one request for an amendment. The original version of the second panel showed machines fracking for oil and I was asked not to draw this. If I was any sort of real artists I would have stormed off the project refusing to compromise my original vision. Instead, I drew drones flying above the housing estate which seems to have worked just as well. I was surprised to learn that the issue with the fracking image wasn't because it was too grim, as I had assumed, but because there is no oil mining in Milton Keynes. 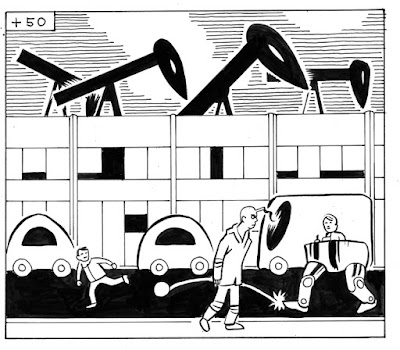 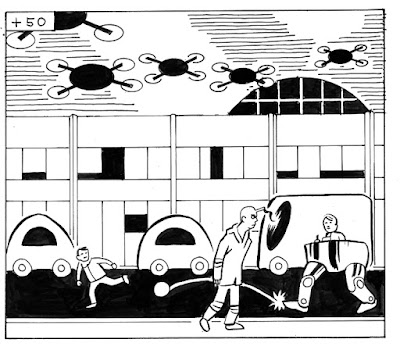 The original second panel followed by one we used.

You can see the artwork in The Centre MK just outside the M&S Foodhall for as long as the hoarding covering the vacant shop unit is available or before somebody in management sees sense and has it painted over.

Why Don't You love Me? 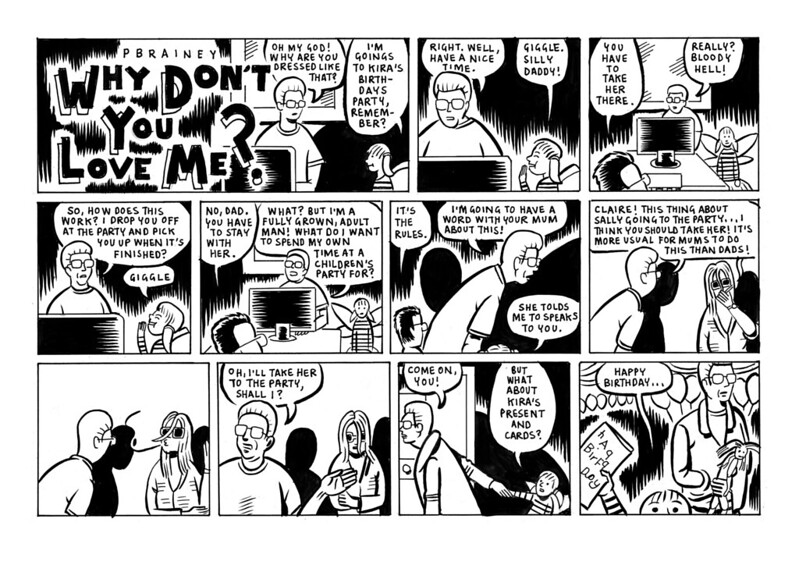 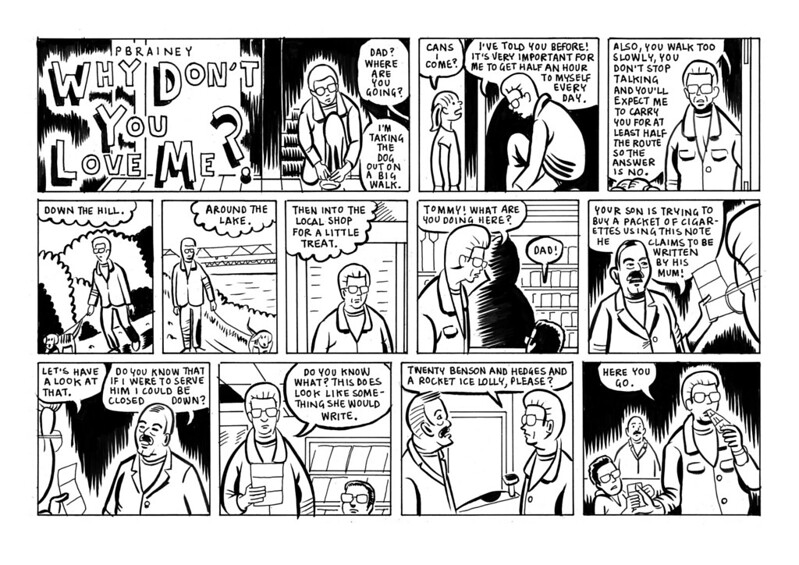 NEW Why Don't You Love Me returns

My current big comic-strip project, Why Don't You Love Me?, returns to David Lloyd's online comic, ACES Weekly volume 34 this week for an all-new twenty-one episode, seven week run. My graphic-novel-in-progress will be appearing alongside many other accomplished comic creators' work. Each issue of ACES Weekly costs just £1. You can read volumes twenty-one, twenty-three, twenty-five, twenty-eight and thirty-one, which feature all of the episodes so far, here. 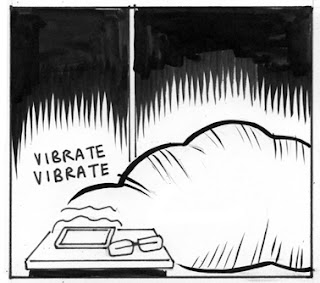 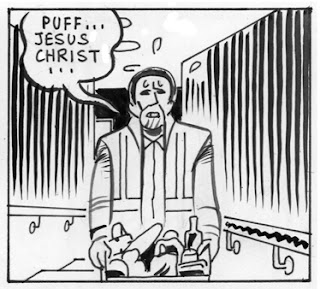 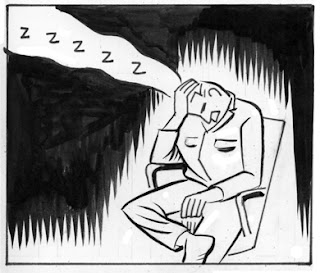 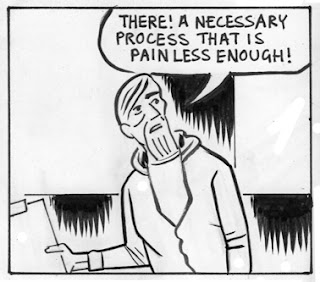 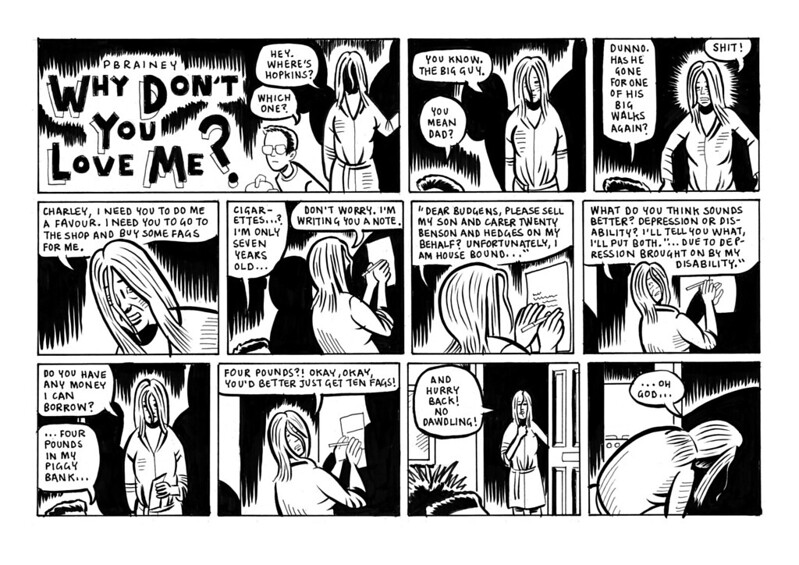 I decided recently that I am no longer interested in appearing at most events as an exhibitor. I’m more than happy to appear as an invited guest to most shows but as this rarely, if ever, happens, you are less likely to see me out in the wild at the moment. One of the exceptions to this is the always pleasurable Crouch End Comic Art Festival CECAF 2018, which takes place this Saturday June 9th. I have never known of an exhibitor or an attendee not enjoy CECAF. If you like a chilled atmosphere, cool creatives, a bar next door and excellent comics then, hopefully, I’ll see you there. Full details about the show can be found here. 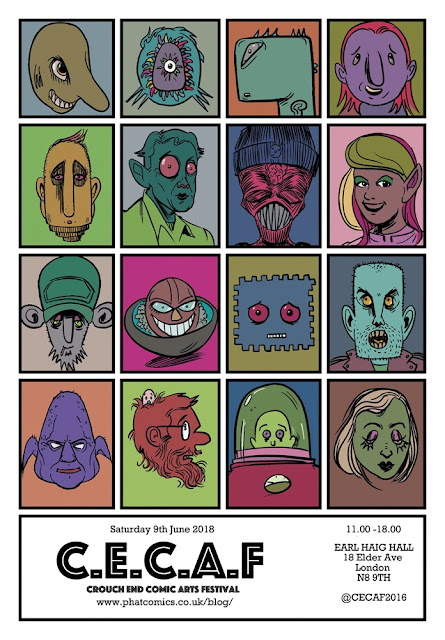 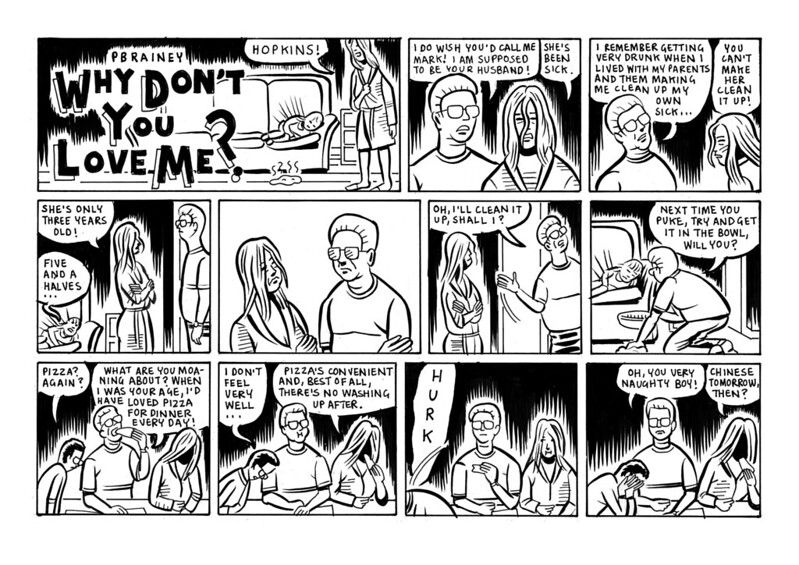