Why Don't You Love Me? THE END

Thanks for all of the Likes, Shares and RTs over the last four years of serialising Why Don't You Love Me.
If you enjoyed Why Don't you Love Me then please consider visiting my online shop and buying one or more of my self-published comics. You may not be disappointed.
Please be aware, my intention is to remove all of the episodes from social media (best endeavours) in about three weeks’ time.
The good news is that a collected edition of Why Don't You Love Me is scheduled for publication by Drawn and Quarterly in January 2023! 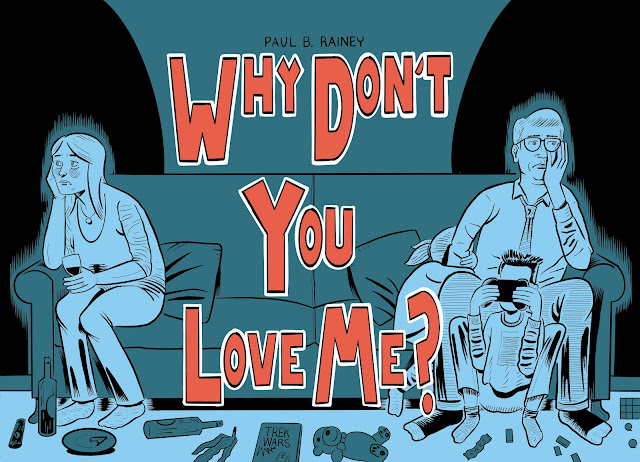 GRIPE NIGHT is the latest collection of comics written and drawn by Paul B. Rainey, Viz Comic cartoonist, and winner of the Jonathan Cape/Observer Newspaper/Comica Short Story Prize.

GRIPE NIGHT is 28 pages long, features a mix of black and white and colour strips, A4 sized magazine.

Richard Bruton for Comicon, “I’ve read Rainey’s work for decades now – and it would be fair to say that he’s never written or drawn better”.

You can buy Gripe Night from my shop.