Why Don't You Love Me? Begins 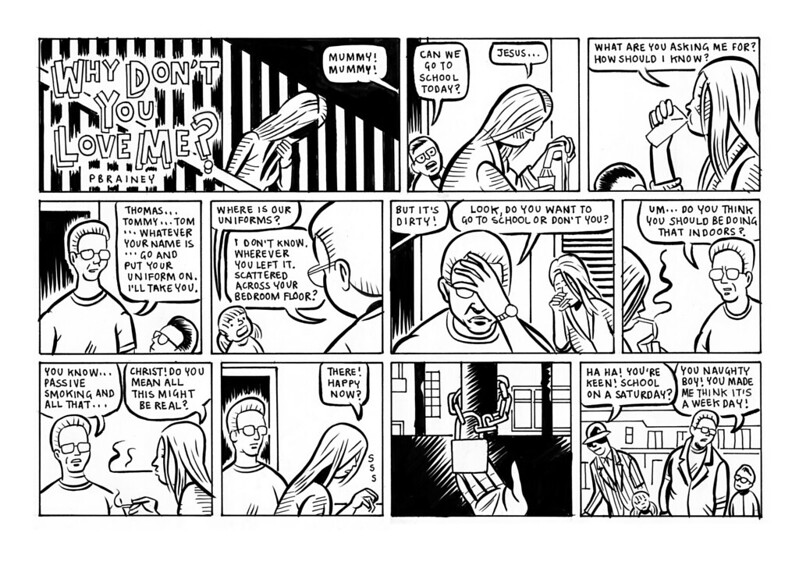 For the last year, I've been working on my current big comic-strip project, Why Don't You Love Me? If you live in Milton Keynes, you may have seen the original artwork for the opening pages appear as part of the MK Calling exhibition at the MK Gallery last year. Now, the first twenty-one episodes are being serialised in Volume 21 of on-line comic, ACES Weekly, beginning Monday March 14th and running for seven weeks.

ACES Weekly is a digital comic edited by David Lloyd, the co-creator and artist on one of the most influential books of the last fifty years, V For Vendetta. It's incredible to me to think that the artist who also drew Night Raven and those Cybermen strips for Doctor Who Weekly during my childhood has asked me to contribute to his comic.

I am very excited about the opening episodes of Why Don't You Love Me being made available for readers of ACES Weekly. I'm reticent to say too much about the strip in case I undermine it in some way but each episode is a page long and be readable on their own but they, in turn, should ultimately lock together to form a cohesive whole.

Above is the very first episode.