I'm very sorry but I've not got around to making a Christmas card this year. Instead, here are some of my favourite cards from recent years for you. I hope these will suffice. 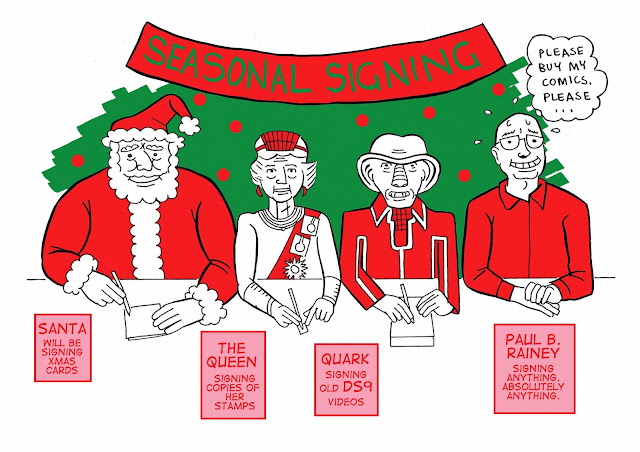 From 2009. If I were drawing this now I would include Jesus in the line-up. 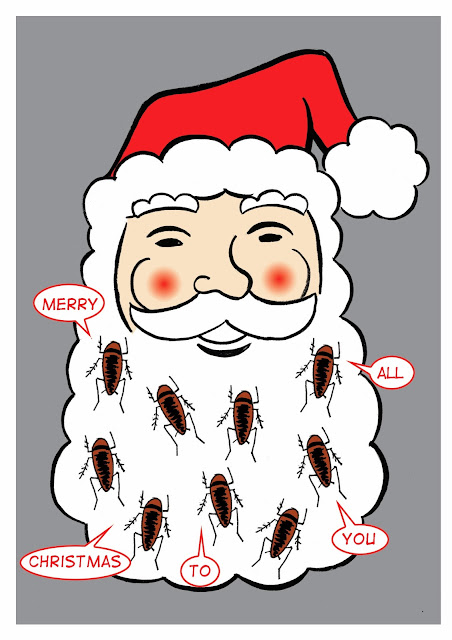 This is my favourite although not everybody who received the card liked it for some reason. 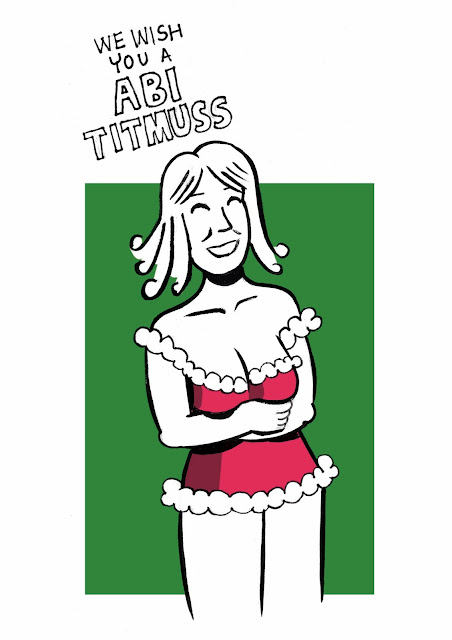 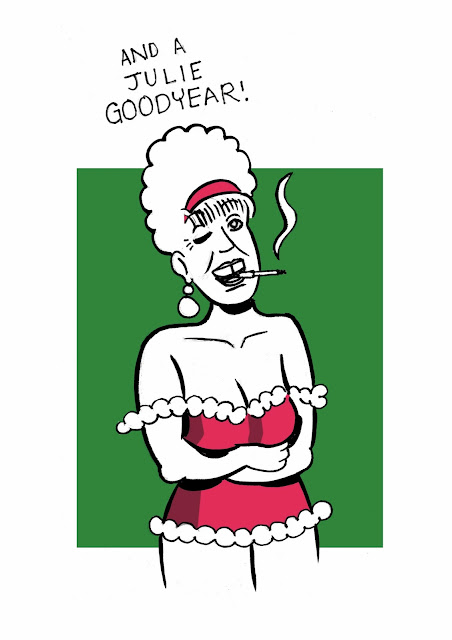 Often, my submissions to Viz take the form of what I refer to as 'pitches'. These are rough versions of the finished strip that give the editors a good idea of what to expect should they accept the submission and make me feel better about the amount of work I put into drawing it should they reject it. Here are some pitches that Viz decided weren't for them. 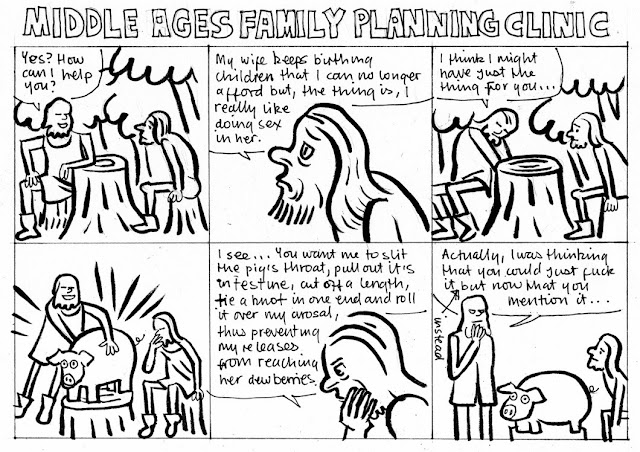 I think I might have been successful with this pitch if I had made the reference to Horrible Histories more clear by calling the strip Unpleasant Pasts or Yucky Yesterdays or something.

My occasional collaborator and proof-reader, Robert Wells, describes this as 'too rude, even for Viz'. 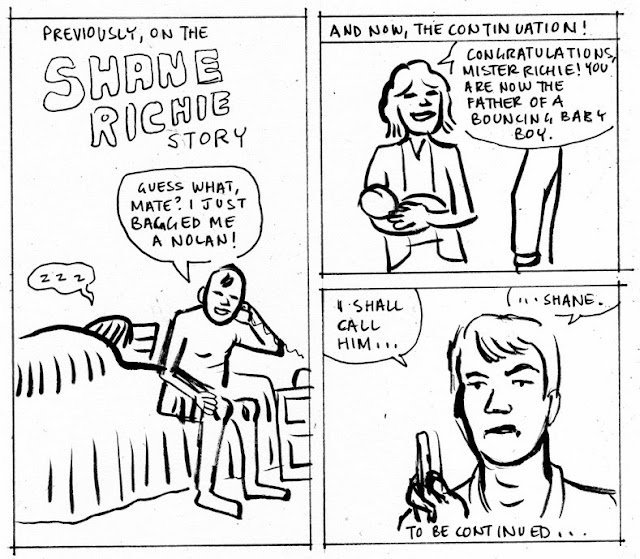 Had I submitted this around the time Richie appeared on the comedy panel show Would I Lie To You boasting about his sexual conquests whilst he was doing The Daz Doorstep Challenge adverts and married to Colleen Nolan I might have stood a chance but instead I left it too late. 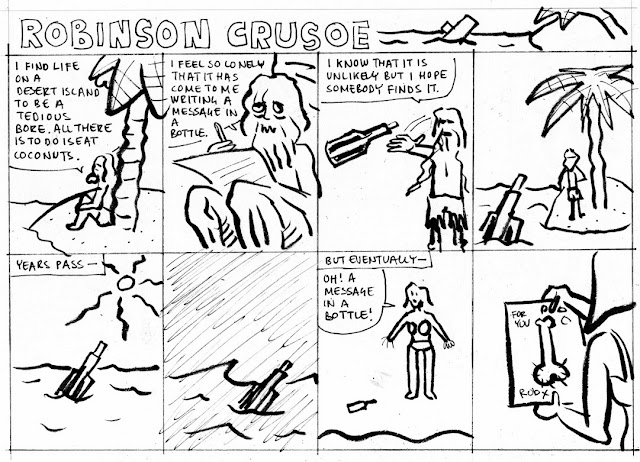 I drew the above strip for a comedy night fanzine a few years ago. I have no idea if it was used (and experience has taught me not to assume that it was). I was reminded of it recently after reading the latest issue of Spandex by Martin Eden and I saw this panel in it. 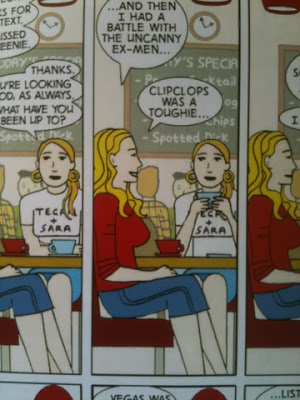 My comic Thunder Brother: Soap Division also makes a brief cameo in the new issue. It took me three reads before I found it. 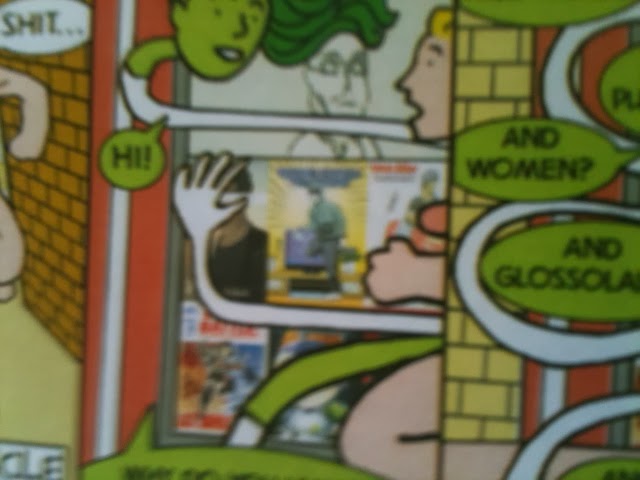