It’s just as you've always suspected; all of your favourite soap operas are real! Soap Division is the organisation in charge of secretly recording the lives of your favourite TV characters for your viewing pleasure. Along with his young teenage apprentice, Sally Timmins, Thunder Brother is responsible for ensuring that all soap worlds are free from any unofficial influences of the real world.

I have been publishing Thunder Brother: Soap Division four times a year since July 2012. Each issue features a complete story as well as previously unseen backup strips also written and/or drawn by myself. Each issue is 24 pages long, in full colour throughout and costs only £3. Copies can be ordered directly from me using my on-line shop or by contacting me directly.

If you would like to see what Thunder brother: Soap Division is like, then the opening story, The Apprentice, can be read for free here. When the page loads, remember to read from the bottom upwards.

"Rainey perfectly plays off the bizarre and incredible with the mundane and down to earth stuff, and it’s a lovely concept, all executed with flair and style." Forbidden Planet Blog 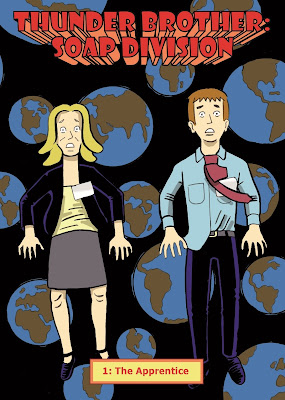 This is the cover to the new issue of Viz out Thursday July 4th. I'm sharing this with you because it features the return of my strip, 14 Year Old Stand-Up Comedian. 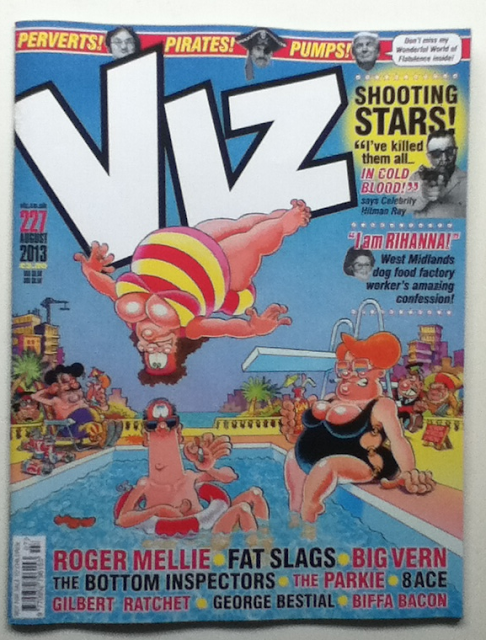 Recently, I ran a couple of comic workshops. It used to be that my shtick was that I have been relentlessly unsuccessful in selling comic strips to publishers but, of course, since my Viz success I have had to amend this. Anyway, while going through some old stuff in a drawer, I found this rejection slip from Viz. The slip itself isn't dated but I moved out of the address on it in 1988 and the envelope it was in was post-marked February of that year. I really enjoyed reading this out in the workshops and pointing out that, actually, my first rejection from Viz was probably two years before this. 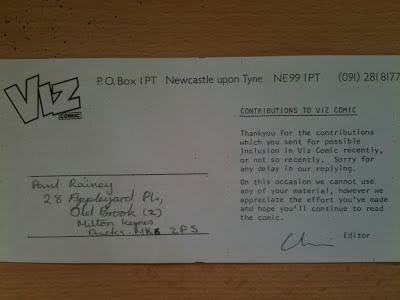 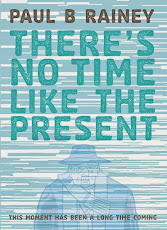